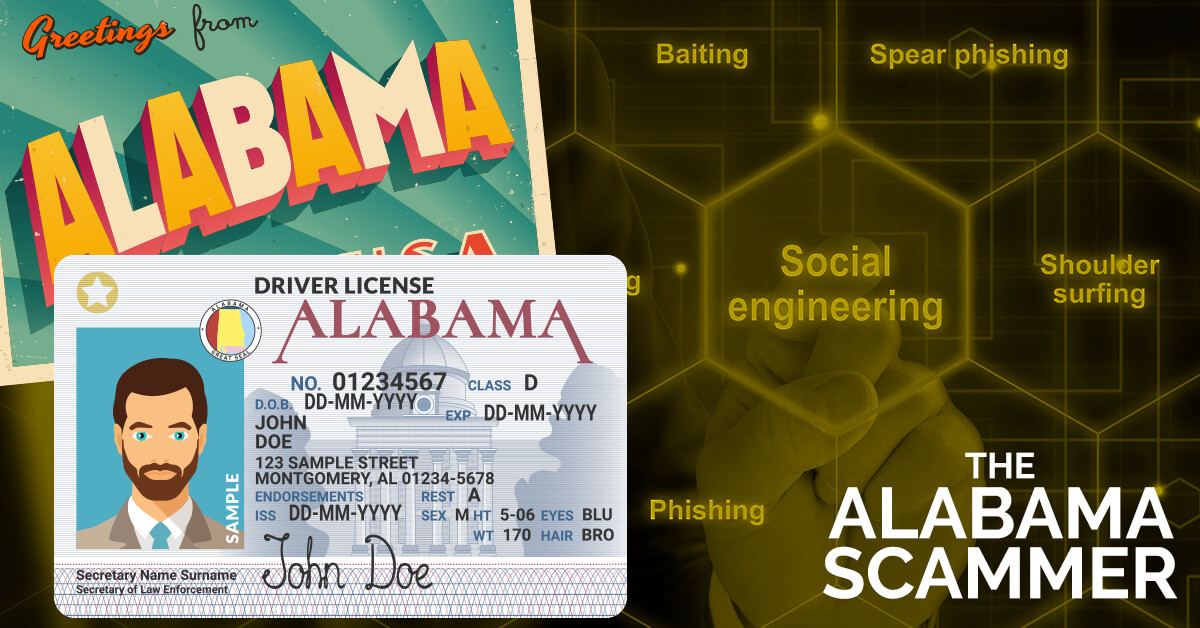 The code of the con is to know just enough about everything so you can lie about anything.

I really avoid business phone calls going to voicemail. If I’m meeting with a client or have a screaming four-year-old in the car, that’s the only time you will get sent to my answering service.

A few weeks ago, I received a call from a blocked number right as I entered a meeting.

I silenced the call and walked into the building. If they wanted to talk business, they would leave a message. Less than 30 seconds later, I received another call from a blocked number. This time I promptly hit “decline” and gave them a fastpass to my voicemail.

Oddly, no message was left.

I thought nothing of it until I came home and found an odd, cryptic email.

Sent via my homepage form, a man simply known as Rob M sent the following:

At first, I thought the user was angered because I hit the decline button. I reread and realized this user wasn’t angry but was trying to strike up a conversation.

My years of listening to podcasts about every sales and marketing tricks help me spot obvious tactics. I might not like doing cold calls or cold emails, but I do understand that using specific principles can make this an effective way to get leads.

This email screamed as a well-thought-out, researched cold email.

I would give Rob credit. This was well crafted. I was more intrigued than interested in his business partnership but was curious about his angle.

I was walking to my car, ready to pick up my kids from school and I received an incoming call to my business line. Sure enough, it was a blocked number.

One hour later, I knew far too much about Rob.

From what I could gather, he was recruiting me to work with him as a developer. He would send me all the necessary files and I would just piece together these template websites.

Of course, he was going to pay me handsomely.

Finally, I had to stop this insanity.

Rob, I appreciate all of this but who the heck are you? What’s your company and what’s your name?

Of course, Rob was late for a meeting. He wanted me in front of a computer before he would reveal such information.

He would call me tomorrow.

I was buried with red flags. Yet, I was so intrigued by someone that would spend over 30 minutes on my website and an hour on the phone. What is his angle?

I told my wife, brother, and several friends. There were various opinions, but the most logical was that Rob was up to no good.

It’s likely Rob wanted me to click on a file he was going to send me and somehow hack into my computer – gaining access to my information and (his hopes) client data.

Once again, my podcasts help me discover such antics. Hacking Humans and Darknet Diaries open my eyes to crazy exploits by hackers and social engineers.

Rob was likable and relatable. His story was elaborate and not too far-fetched. He did his research and put some time and effort into his con. Unfortunately, I wasn’t the desperate freelancer web designer he thought he was targeting.

Before I was truly convinced Rob was a social engineer, I thought some simple Google searching would give me his identity.

My wife and I are problem solvers and take great pride in critical thinking and finding solutions for complex issues. Finding Rob was a task Lauren and I wanted to solve.

For an entire evening, we sat with our phones in hand googling “Alabama Web Design Companies”. I looked at nearly every Rob, Bob, Robert, and Bobby on LinkedIn (living in Mobile or from Colorado).

Rob gave me some obscure information that would help me if I was getting close.

Lauren and I both found the same guy that fit his description. An older man in his 60s that traveled the world and runs an online magazine company. As much as I wanted it to be Rob, I wasn’t 100% confident. His voice just didn’t match (from watching video interviews).

I wasn’t able to solve the mystery and Rob never called back.

I think he realized I wasn’t biting when I was not impressed by how much money he “paid”.

Not Entirely a Waste of Time

Although I did spend an entire evening and a few hours, I didn’t leave empty-handed. Besides the nice reminder that I always need to be cautious when it comes to strangers, I ended up visiting a lot of Web Designer Websites.

Those who have been following my business and reading my blogs understand that my business sprouted up without much planning.

I was solving a problem small businesses had and word spread.

Unlike most startups, I didn’t get to do much market research and competitive analysis. During this initial planning phase, you find out what your competitors offer, charge, and their process. Through this process, you determine your unique selling proposition.

I managed to create a business in isolation. I truthfully had no idea what others were doing.

After scanning more than thirty Alabama web design websites, I realized there were some really great concepts and different philosophies.

Maybe it would beneficial to continue visiting other top web design companies.

Can I research and create a list of the best web design companies, web design agencies, and web design firms for each state?

It must have been fate that Rob was from Alabama – the state that is listed alphabetically first. I have a head start for my first list.

As an SEO specialist, it’s obvious that I want to rank things. My list can’t just be a BuzzFeed listicle. There should be order and specifications.

Obviously, I can’t try each designer’s service. I can, however, review different aspects of the website and create a score.

But I can’t look at every website. Instead, we can put together a simple plan for consistency.

We will review the top results for:

It’s also very important that we focus on mobile-friendliness. Since the majority of our searches are on mobile, I will only be reviewing the mobile site. I’m dedicated but not crazy. Reviewing 20+ web design companies’ websites on multiple screens is a bit overkill.

I do have my own West Virginia Web Design Company to run, so I can’t promise I will plow through this list in one month. For this list to be an exhaustive “Best of…”, I will likely spend some time on each website. My first “trial website” took over an hour to fully review. I’m sure I’ll speed it up, but I hope to release one or two reviews per month.

I’m not sure who will be interested in this information (probably business owners in other states). In about a year, we will get to Ohio, Pennsylvania, and West Virginia. My goal is to Make a Better Web for the Ohio Valley. Let’s do the same for the USA.

Your About Page is Google

Template About Pages are BAD

About THEM! – How to Build Your Website About Page